We built “Twitracker” that can post a monophonic melody on Twitter and can create a song by placing posted melodies as materials on Twitter. A shared unfinished song is put into the compositional process by allowing modifying. Most previous composing system were for single user and there were no concept of creating and sharing materials, and generally used to purchase a materials produced by professional. So we thought to design a composing system for remote people which can post a melody as simple as tweet at Twitter and use connections between users. We implemented a system using MML(Music Macro Language) data format which enables to write a music in a text format. We implemented the system which records a melody, posts the melody to Twitter, creates a music by using posted melodies, posts the music to Twitter, and modifies the posted music. 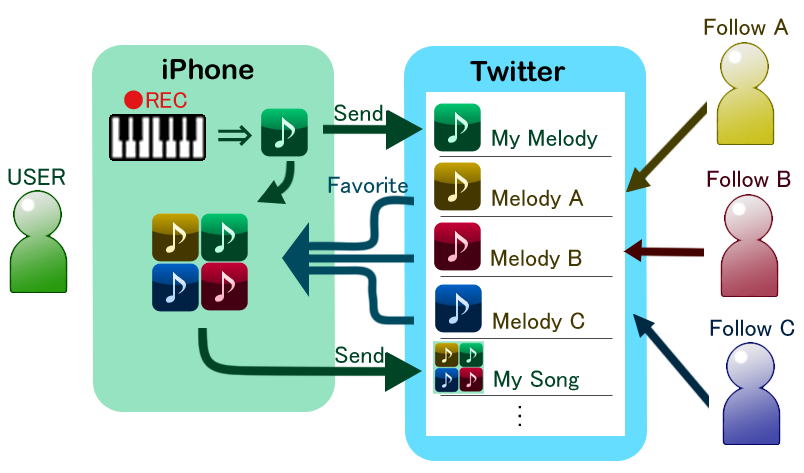 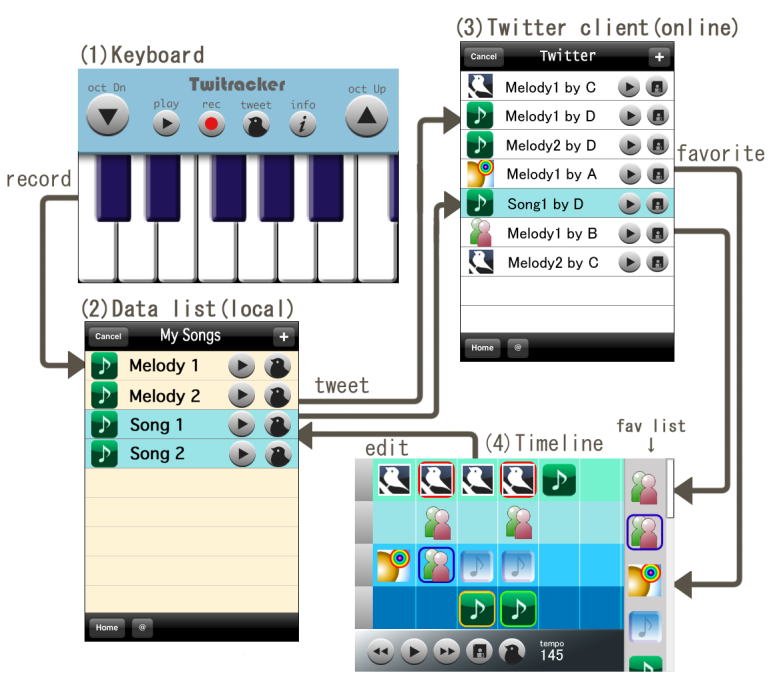